Developed by the Roblox Corporation, Roblox is an innovative online game creation and gaming platform that enables users to program AND play games created by other developers.

But did you know that Roblox supports the Oculus Rift and HTC Vive?

In this guide we review the BEST Roblox VR Games, helping you take things to the next level with immersive VR experiences you won’t soon forget.

In no particular order: 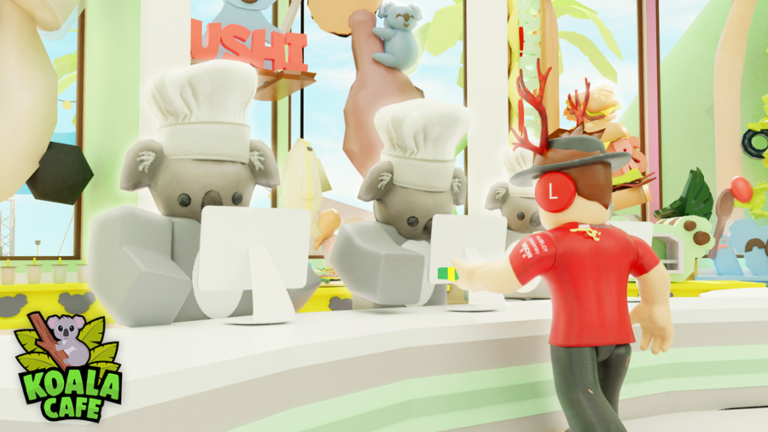 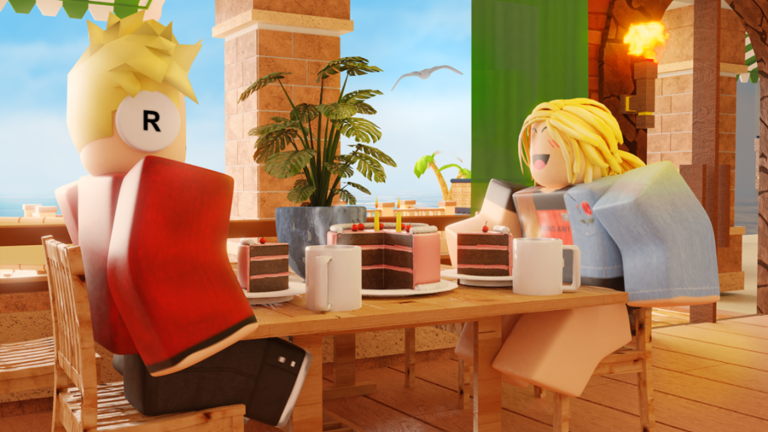 Koala Cafe is a restaurant-themed simulation game that has received over 18.5 million visits. In Koala Cafe, you can either be in charge of serving food or sit in as a customer with up to 50 players, giving everyone a say in the operation.

One of the best features of the game is that you get your own chat room so you can communicate with both employees and customers. Since you can play as either customers or employees you have a lot of freedom to be the best employee or the worst customer you want. The choice is yours in Koala Cafe. 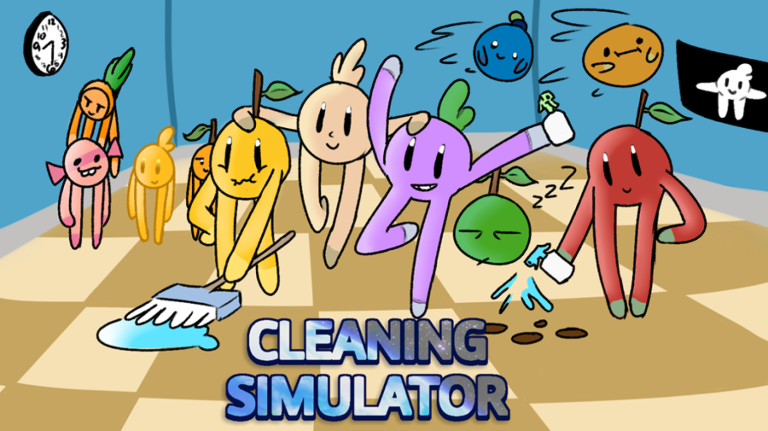 Cleaning Simulator is a simulator game … about cleaning, as you might expect. You’ve been assigned to be the janitor of the Bribbleco building, and your mission is to clean it completely. Before starting, though, you get to choose your character which you can customize as you unlock more content by achieving specified game objectives.

Cleaning Simulator, like many other Roblox games, is better when you play with your friends. If you don’t like cleaning in real life but appreciate things being nice and tidy in theory, then you can team up with friends to make Bribbleco cleaner than it has ever been. Road to Gramby’s is essentially a simulator that takes you on a long drive to Gramby’s House. This game is complete with numerous difficulties and challenges along the way. If you thought this was a simple driving simulator, then think again. There are various parts to collect, characters to interact with, and biomes to travel through, as well as an engineering component that allows you to build new and fascinating inventions.

Road to Gramby’s will take you on a once-in-a-lifetime virtual reality road trip unlike any other. It really is one of the best Roblox VR games on the market. One unique thing about this game is you can play Project SCP with or without virtual reality, but it’s a lot more fun to handle the weaponry and try to escape the facility when you’re right in the middle of it. Project SCP is a first-person shooter but doesn’t have the typical competitive components of most FPS games.
What sets Project SCP apart from other shooters is that you are squaring off against AI foes instead of other players. You get to select from various classes and weapons to assist as you escape from your captors, making for one of the most relaxed shooters and one of the best Roblox VR games. Who doesn’t want to survive a zombie apocalypse by fighting their way through it? This is the premise of Zombie Apocalypse Roleplay: From Scratch where players choose their armor and weapons before venturing out into the world to shoot zombies and gather more supplies and weapons.

If your colleagues get bitten by a zombie, you can even revive them and save them from being turned into a zombie. Players can unlock new locations in order to advance to the next level as they fight hordes of zombies. For those who love zombie-fighting, there’s always something new to look forward to in Zombie Apocalypse Roleplay: From Scratch. Self-Driving Simulator is a game unlike many others in the Roblox space. Rather than follow any type of story or theme, it is essentially a designated hangout space for people wanting to make new friends or spend time with people they know.

The car in Self-Driving Simulator is, you guessed it, self-driving. This means no one is in charge of driving and can focus on simply enjoying the ride and interacting with one another. Players have control over their character’s head movement, though, in addition to being able to talk and chat. It may not seem like much, but it highlights the game’s social aspects and allows players to have fun in a relaxed environment. 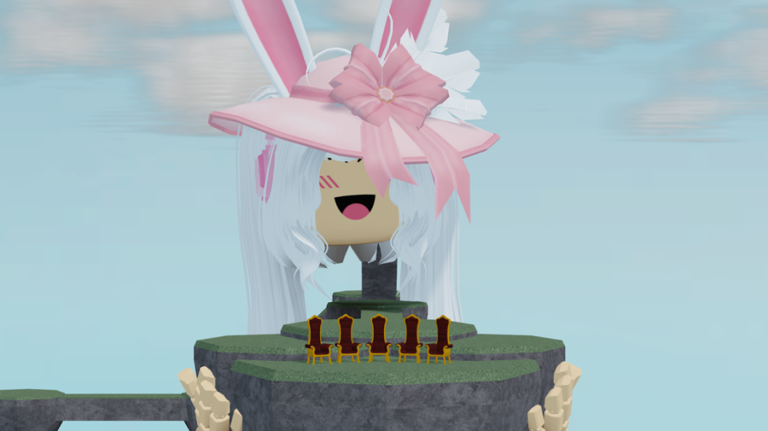 Hands VR is truly one of the best Roblox VR games because players rave about it. They love the intricacy of manipulation with your hands and fingers. For example, you can use a ping pong paddle to knock non-VR players off the map’s edge, or you can assist them in completing the obstacle course.

Within Hands VR there are other games non-VR players can engage in while VR players can manipulate players and the environment to make things fun or more difficult for the non-VR players. Certain VR gamers, though, prefer to engage with one another while playing a variety of games using their computer-generated hands. Some of the best Roblox VR games are the ones that aren’t too intense. Vibe VR is one of those games. In Vibe VR you can play table tennis, grapple with other players, and even sports a full-fledged dartboard. Most of the activities aren’t overly difficult, but they are fun to do with the VR experience, which makes this game shine as an entry-level experience for most Roblox VR games beginners.

Now, Vibe VR is not the most popular game, but there are always players ready to throw down in the ring or even try out some piano skills in VR. 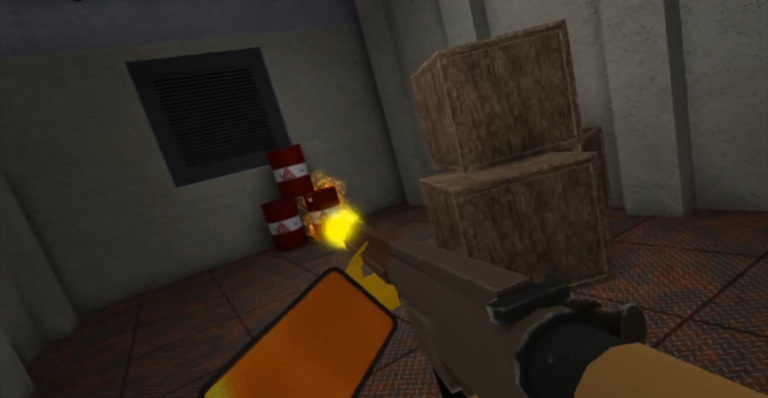 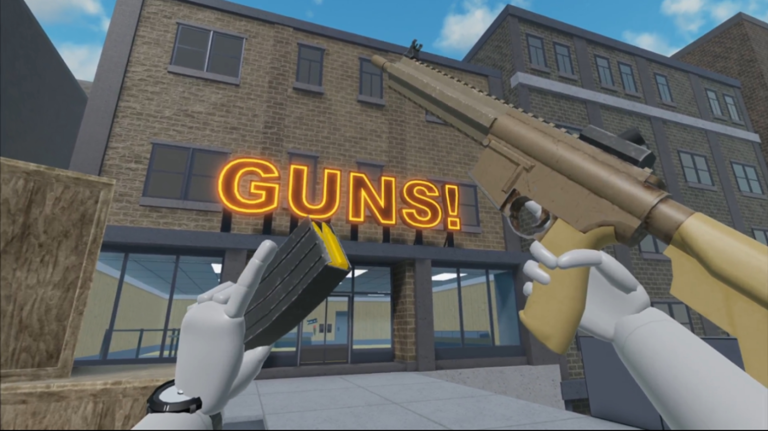 While most Roblox VR games are free-to-play, Edgeworks is a paid game that comes out to 450 Robux. However, it is a worthwhile investment as far as VR games are concerned. Edgeworks focuses on solving physics puzzles as well as parkour and climbing with a story that is absolutely stunning.

If you love good storylines, enjoy your VR games to be incredibly active, and love fiddling with riddles, clues, and physics puzzles, then Edgeworks will not disappoint and will be worth every single Robux. This game will also showcase all of the best things you can do in a VR game for the full virtual reality experience. VRBLOX is a simple VR drawing game. Your artistic abilities are put to the test as you create whatever you want while listening to music. Essentially, you can manipulate a variety of colorful balls to create anything you want, even in 3D. To create 3D designs and the artwork you simply create structures out of the colorful balls to build something amazing by testing your creativity and imagination.

One important caveat is to avoid creating anything inappropriate. This is one of the best Roblox VR games and it is enjoyed by a lot of young kids, therefore it’s important to keep the experience wholesome for everyone. If you grew up playing Through the Fire and Flames on Guitar Hero when you were younger, then Sound Space is the next best thing in a Roblox VR game. You move your pointer to the middle of the screen and hit the notes as they appear. Simple UI elements include combinations, a progress meter, and a “miss” counter will all make you feel nostalgic for your plastic guitar button-smashing days.

Since adjusting to the VR experience can be tricky, Sound Space can be challenging and frustrating at times, but with a little practice, you’ll be a pro in no time. One of the very best Roblox VR games goes out to Laser Tag VR. There’s techno music blaring, running around in a pitch-black environment, and laser fire coming from all directions. If you’ve always wanted to play laser tag but don’t want to leave your house, this is the VR game for you.

It puts you in a classic laser tag scenario where you run around the map shooting other players with your laser for points. This is more enjoyable than you could ever think since you get all of the fun without any of the exercises.

We hope you enjoyed this guide as much as we enjoyed putting it together for you! Have your own favorite list of Roblox VR Games? Let us know if we missed something. Our team loves trying out new games and writing up new reviews and features.